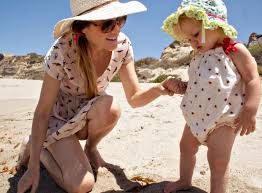 Healthcare reform is a hot topic. Everyone from the President to the US Congress to the guy who cuts the grass is conscious of the national debate. Paradoxically, however, it never ceases to amaze that in our information society, in which any topic can be researched to the satisfaction of any level of curiosity-there exists such confusion.

Perhaps the overwhelming volume of facts, opinion, spin and political rhetoric has converted our culture to that of Headline Readers-those who take snippets, sound bytes and 128 character thoughts, formulate a position and stick to this cursory survey with the tenacity of white on rice. Some even resorting to T shirts and bumper stickers.

An interesting corollary to this is that when something sounds like a good idea, common sense-perception does take shape in reality. The current reality is, as you read this, costing you money. Such a situation is occurring in the EMR/PHR/Interoperability world of Patient-Centric Healthcare.

Do not misunderstand. I am an ardent supporter of this technological evolution and I personally believe that for the United States to not have universal health coverage is our national disgrace. I just think that were going about it the wrong way!

This is one mans opinion so allow me to explain.

Interoperability of existing systems, touted as a goal of this transition, wont work. The 25 cent explanation is that getting Patient records, the scheduling system and the billing system to work in harmony is like getting a group of people speaking different languages to communicate. Its not. Its like getting a bunch of people and animals speaking different languages, of different intelligence, different ages, cultures etc to interact in a functional manner. You could do it but it will operate at the level of the LEAST capable, the LEAST efficiency, sacrificing power and capability from all but the weakest link. It will not work and is not worth the effort.

A new, networked system built from the ground up is the only way to go. Period. End. To my original point, when even an interested, educated person sees a TV ad stating that Patient records dont talk to billing, dont talk to labs-thats what Im working on- they should realize that even though it seems logical, it is, in fact, not. It degrades the capabilities of the strongest components to salvage the utility of the weakest. It is against progress, natural selection and innovation. Furthermore, in healthcare, it does nothing to improve the lives of Patients or their Doctors.

Conversely, Patient-centric care does work toward that objective. It focuses on fulfilling the Patients need to maximize the Doctor-Patient relationship. It means that the information used in promoting the health of the Patient is complete, Transparent and communicated between Patients and all involved healthcare personnel. It involves Patient responsibility to communicate inaccuracies and Doctor responsibility to communicate with colleagues to maximize the team approach to benefit the Patient. It is the spirit of meaningful use of Health Information Technology.

There seems to be agreement that if Patient hospital records are made available to their Doctors in a common repository these goals can be achieved. New York has initiated such a multi-million dollar program. Again, a well intentioned concept falling short of any real benefit.

Ninety percent of healthcare occurs in a Doctors office or clinic-not the hospital. More and more care, in fact, is being purposefully shifted out of the inpatient setting and to the outpatient. Every discharge from every hospital, ER, ASU or urgent care facility MUST include a follow-up plan. Additionally, Patients history in the hospital is based entirely on the Patients recollection. There are always inconsistencies, for example, in the past surgical history even if the surgery took place in that institution! Medication reconciliation, aimed at avoiding dangerous interactions and redundancy is done by asking the patient which medications they take and having the Admitting Physician sign a form attesting to the completeness and veracity of that list-even if they didnt prescribe them. Then they are asked to which should be continued or discontinued upon discharge.

Furthermore, lets assume that the records are complete. When does the Patient get to review them? To correct inaccuracies? They dont. In fact, at the follow-up, what is the mechanism used by the Doctor to view them? How does it fit into the office flow? What if a Patient has never been hospitalized? What if their medical records are on paper or a siloed EMR? The road to ruin is paved with good intentions.

This logic stream is not meant to be contrary for contrarys sake-it is meant to point out the issues with an overly simplistic solution to a culturally ingrained and complex situation.and to offer a solution.

The DocPatient Network, featuring Doctations is the solution. It is an integrated complete cloud computing solution for the ambulatory healthcare setting. It encompasses all functions from scheduling and billing, EMR, PHR through the integrated iMedicalHome patient component populated by data generated from the Doctor-Patient encounter. It converts the encounter into currency that automates ALL office functions. Hardware required is an internet connection and a computer with a standard browser. The most expensive subscription costs $2200/year, the least $35/month.

It is the difference between each Doctor, hospital etc maintaining a chart for each Patient versus each Patient having their own chart to which each of their providers contribute.

For data sharing, the dMR has the unique Shared Patient Data Base in which every Patients past history (past medical history, past surgical history, allergies. Medications etc) is integrated and entered ONCE (and sent to the Patient as their medical profile for their approval) rather than requiring the Doctor to research the Patients hospital chart. This history is integrated and appears once an encounter is begun at an office visit.

In fact, a Patient need only register data (insurance, address, birthdate) at one DocPatient network office. At subsequent provider offices they need only sign in. No more forms-less waiting time-more accurate information.

The Doctors chart gets smarter as the Patients other providers update the SPDB. Paperwork is minimized as documentation is maximized, saving time better spent with the Patient, not accessing a website to wade through an entire hospital record.

The Patient gets more quality time and information from the Doctor as well as a free HER/PHR/Medical Passport and ability to communicate online with the Doctors staff.

Why would any Doctor not want to give this to their Patients?

How to Regenerate Gums 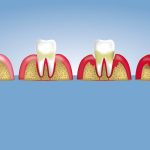 How to Regenerate Gums 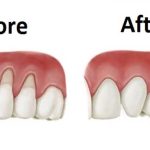