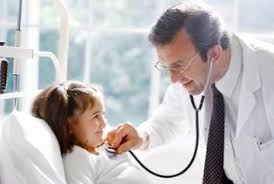 Paternalism is inculcated in physicians minds through training and work culture in this country. It is the most critical problem underlying the healthcare crisis. Until we eradicate paternalistic behavior and form balanced, collaborative relationships with our patients, no federal or state regulations will be effective in improving quality or reducing costs. It takes two to do healthcare, and it takes mutual respect and recognition of the patient as a partner to do it right. But that will not be easy.

Every day, medical schools indoctrinate upcoming doctors with paternalistic behaviors. Your patients dont want to know the details, they want to get well, its your responsibility to make them well. You, doctor, should shoulder the responsibility.

I experienced the results of this behavior personally. When my wife and I were consulting with her oncologist, the director of one of the largest oncology hospitals in our area, my wife asked why she felt so much more drained after the last round of chemo. I said, half jokingly, that they wanted to push the dose as far as you could possibly take, not knowing that, in fact, they had done just that. The oncologist turned to me and smiled and said, exactly and then exchanged smiles with two of his fellows in the room. My wife turned to him and said, it would have been nice if you had told me that was coming. No doubt the oncologist was trying to salvage a bad situation, my wife was stage IV by this time. But none-the-less, the result was we trusted this doctor less.

Society has evolved. Paternalistic behavior is no longer acceptable, if it ever was appropriate. It must be eradicated.

What is paternalism? Paternalism can be defined as; A means of patient management in which the physician assumes ultimate authority for the patients welfare in such areas as healthcare decisions, following physician orders, knowledge of treatment options, access to medical records including study results. The term is also pejorative in the sense that management assumes inferior status for patients. (Re-worded from a definition found in Ask.com)

There are numerous forces that reinforce paternalism in the doctors world. First and foremost, is the philosophy of medical malpractice risk management. Doctors are told to take complete responsibility for every order they give a patient. If you give an order, doctor, you better make sure there is some way to track that order and make sure that the patient follows through. If it was important enough to order, then it is important enough to make sure the order is done and you receive the result.

At this point, some would argue that the patient does not know what the doctor knows. The doctor is the professional trained to know the importance of a screening colonoscopy, for example. The malpractice profession would probably put it this way, in court; Did you follow-up with the patient to make sure the patient had the routine colonoscopy you recommended, Doctor? Why not Doctor? If you had done your job, the patients colon cancer probably would have been diagnosed in time for a cure, Doctor. Now its too late. In fact, these re-enactments are actually performed for doctors at risk management meetings by malpractice defense attorneys on behalf of malpractice insurance companies to comply with state regulations. Yes, even the government promotes paternalism.

At the September, 2009 Medicine 2.0 meeting in Toronto, E-patient Dave Debronkart a member of the Society for Participatory medicine quoted Dr. Stanley Feld who offered a different approach: The Patient is the player, the Doctor is the coach. This is what patients want, too. Health 2.0 and Medicine 2.0 are premised on this concept. Patient participants in these meetings are usually not medical professionals. They, by and large, abhor paternalistic behavior. They want their medical data, they want to learn about their medical problems, diagnostic and treatment options from their doctors. They want their questions answered. But, they want to make their own informed decisions. So do I.

Many patients, however, even those who say otherwise until they are very ill, promote paternalism too. For example, many patients say to me; Doctor, I will do whatever surgery you recommend. Just dont tell me the details. This is much more common than most advocates of patient-empowered medicine would want to believe. However, this is not a reason to abandon the tenets of participatory medicine. In fact, when a patient expresses a desire for paternalistic behavior on the part of the physician, it is up to the physician to persist in offering all possible treatment options, not just the easiest to perform or the most profitable.

Dave put it this way. He said that a while back he decided to take singing lessons. He said he never practiced in between lessons and after a year and a half, he was not better than when he had started. It wasnt my vocal teachers fault, it was mine.

Freedom of information exchange between doctors and patients is the first step to eradicating paternalistic behavior. But even here there are obstacles, mostly from the very industry that benefits indirectly from paternalistic behavior, the malpractice industry. This is the primary reason the malpractice industry needs to be better regulatedbecause this will improve the doctor-patient relationship and result in better health. Reducing the costs of defensive medicine and malpractice insurance, while desirable, are less important for patient health.

I have a friend whose child was born with a serious medical condition that required a prolonged stay after birth. After the child was discharged and it was time to begin outpatient care with a local pediatrician, my friend could not obtain the medical records from the hospital. The hospital is a large, well-known, highly respected institution. Nonetheless, it took months for the pediatrician to obtain the medical records. The reason most often sited by my colleagues for not giving free access to medical records is medical liability. In fact, it was this event that caused us to be friends together in the first place, and to work together on a comprehensive Internet healthcare system platform.

Fixing the healthcare system in this country requires enactment of federal legislation that requires that a healthcare provider or institution to provide medical records within a reasonable period of time at a reasonable cost. HIPAA did the opposite and it is often used as an excuse to NOT provide patients with information about their care.

Healthcare reform must open the process to the patient, provide the patient with study results at the same time they are delivered to the doctor, empower the patient with tools (like the DocPatientNetwork) for asking their doctors about the meaning of lab results or for discussing problems online. Just as important, this technology must document that the patient received and read the order. It would be helpful if the software provided reminders as long as the software vender does not assume responsibility for the patients behavior. Doctations technology supports collaboration between doctors and patients. Health reform must remove obstacles.

The argument about which takes primacyphysician beneficence or patient autonomyis over. It is now clear that the right of the patient to act autonomously always outweighs obligations of beneficence toward the autonomous patient. (Ask.com definition of paternalism) The path to better healthcare starts here.

E-Patient Dave said it this way at the Medicine 2.0 conference: Gimme my Damn Data!